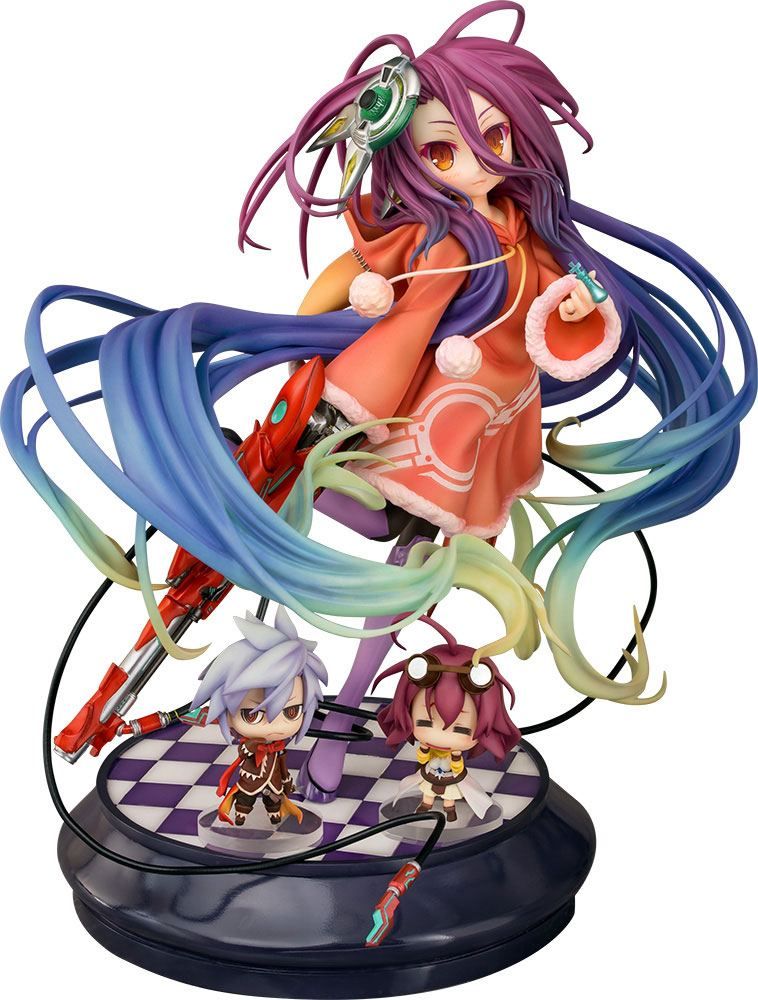 Přidat k porovnání
"I want to do whatever you want to do, Riku."
From the anime movie "No Game No Life -Zero-" comes a rerelease of the 1/7th scale figure of the ex-machina heroine, Schwi! The figure is based on the key visual from the original novel that the movie was based on, and captures Schwi as faithfully as possible with careful use of colors, intricate sculpting and other creative touches.
The large gun she holds in her right hand as well as the artificial nerve cords around her hips have a detailed mechanical appearance which contrasts beautifully with the cute, soft-looking appearance of her body.
Similar to the previously released 1/7th scale figures of Shiro and Jibril, she also comes with chibi figures to display beside her - this time of Riku and Corone, allowing you to enjoy displaying Schwi together with her family!
nahoru | Tisk stránky
Kategorie
Podle kategorie
Podle značky
Novinky
Batman Black & White PVC Minifigure 7-Pack Box Set #3 10 cm